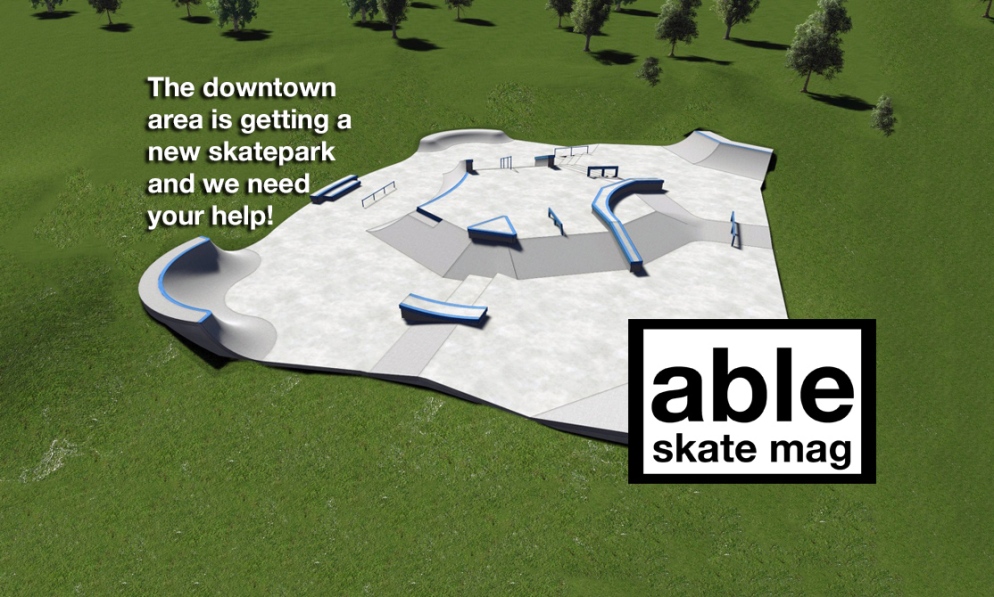 (image above is for example purposes only)

It’s time to get proactive fellow skateboard enthusiast. It’s time to stand up, to be advocates and help shape this opportunity into one that we can be proud of for many years. You don’t want to be sitting there thinking “I should have done more” in a few years if this opportunity goes to waste. We have the chance right now to make a better future for our skate community, so let’s get active!

How this opportunity came about

A few months back city councilman Bill Guilliford proposed banning skateboarding in downtown Jacksonville and was met with strong opposition. Surprised at the strong blowback, Guilliford deffered the bill (postponed) and decided to meet with local skateboard advocates to hammer out a deal that would satisfy both the skateboarders and the public combined. This included the plan to build a new skatepark to serve the downtown area. He then brought to us a list of locations for us to look over. These are the proposed locations for the new skatepark.

(Located at the corner of Jackson St. and Spruce Street)

We have had affiliates of The Block Skate Supply, Able Skate Mag, Saint Nicholas Skate Shop, Kona Skatepark, and other skateboard advocates at these meetings at city hall. Below is a proposed plan written by Marty Ramos about what he would like seen done at the locations.

The Park listed on the top of the list is the Florida C. Dwight Park which is already in progress of being built and funded via Parks and Recreation. The other 4 are being proposed by Marty. I do appreciate his initiative with trying to get the ball rolling with written plans for the park/parks. However, I believe we all should come to a consensus about what to do. I don’t want this to be spearheaded by one person or group. Again, I am speaking on behalf of the Mag here. The Block has expressed their own interests about hammering out a better plan.

“Hey, guys and girls. Sometimes good things come from bad. Because of councilman Gulliford’s proposed ban on skateboarding, talks have begun with city about getting some skate park projects going downtown. They’ve suggested a few areas and ask that we bring back alternative areas too. This is your chance to be heard! Below is a proposal from Marty at Kona Skatepark. We think some of these ideas are good and some aren’t. What do you think? Check out these sights. Find more spots. Get together with friends and come up with your own proposal. Get involved. Share this! Tell your friends! Put these decisions in the hands of skateboarders where they belong! Let’s come together as a community and show the city that we have what it takes.”

So there it is… Do I have a concrete plan? Yeah, I’m kinda shaping one right now. I had actually spoken to with Marty and others in person about the above proposal. He knows the I differ with him on many things. Personally, I think that we should narrow it down to one skatepark to serve the downtown skaters, and one plot of land for the DIY enthusiast to build things on their own. I worry that coming to the city asking for 4 different locations will convolute our message and we may walk out of this with nothing at all. The city is not going to give us money for this. We are going to have to raise it ourselves. I’m just not sure where we are going to get the extra cash to build 3 parks plus 1 self funded DIY. I think we should pick one project at a time. Perhaps that’s Marty’s plan all along and the thing I posted above is just his full vision. That’s why I suggested to him that we have an alternate plan. For instance my alternate plan would look something like this below.

Am I right? Am I wrong? That’s for you all to decide. Please take The Mag’s survey and tell us your thoughts. I will be posting the results soon.

The Mag appoligizes that this survey is being a bit buggy. Nevertheless, your answers are being tallied. You’ll have to scroll back up to answer each question. Genuinely, we sorry for the inconvenience.