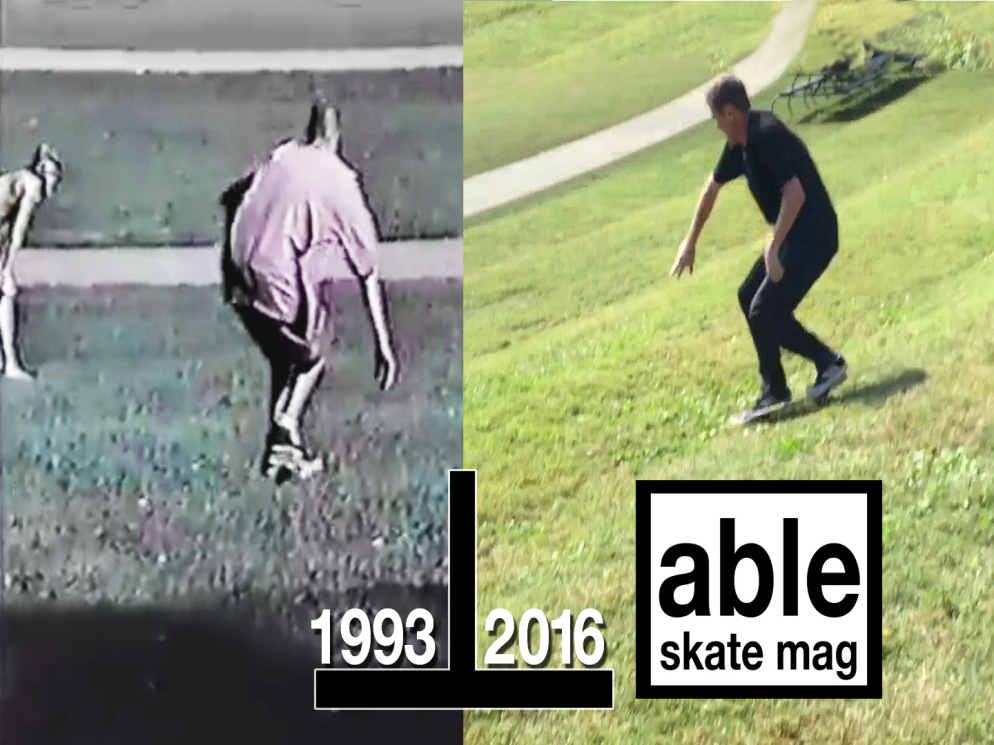 I grew up in the great city of Charlotte, North Carolina. It’s known for it’s lush landscapes of red, yellow, and green leaves that change in the fall, it’s red clay soil, and kind and friendly people. I can’t count the times a stranger held a door open for me, or said thank you when I did the same. Charlotte has grown into a major city since I I lived there (18 years ago) but still holds onto it’s small city attitude. During our trip we went to check out Freedom Park which is close to downtown.

Freedom Park has a large amphitheater with tiny hills that roll up to it. I guess it was purposely made like this so that large groups could enjoy a concert. The hills worked as “natural stadium seating.” I was sitting there enjoying the view when all of a sudden it occurred to me. David Maxwell bombed these hills on a skateboard over 20 years ago! That’s when my girlfriend’s son and I grabbed a camera and skateboards and went for some dives down the hills. We spent a good 30 minutes recreating the fun that Dave did back in the early nineties. Luckily when I got back to Jacksonville, I was able to locate the original footage of Dave reading havoc at Freedom Park. Here’s a video mix of both.